Le Commandant Charcot up close to the South Pole

PONANT’s latest addition to the fleet, the high polar exploration hybrid-electric vessel powered by Liquefied Natural Gas, Le Commandant Charcot, a set a new world record by being the first ship in the world to reach the extreme latitude of 78°44.3’ South in the Bay of Whales in the Ross Sea.

the Bay of Whales was the point of departure for the Amundsen expedition which was the first to reach the South Pole on 14 December 1911. The temperature was around -15°C. It was in this beautiful landscape, as striking as the cold which reigns here, that Le Commandant Charcot reached 78°44.3’ South, which is the closest geographical latitude to the South Pole by sea on the entire Antarctic continent.

While sailing to the Ross Sea, Le Commandant Charcot also approached the unexplored shores of the mysterious Pierre I Island for the first time.

Head to Peter I Island 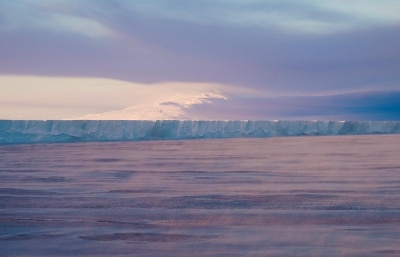 In the Ross Sea, passengers were able to see the summit of Mount Terror, an ice-covered shield volcano rising to 3,230 metres above sea level, discovered in 1841 by Sir James Clark Ross who named it after his ship, HMS Terror. It is the second highest of the four major volcanoes that make up Ross Island.

The extreme latitudes are conducive to the observation of exceptional optical phenomena such as parhelion, or "false sun", resulting from the interaction of sunlight on ice crystals. They are visible for only a few seconds. Our photographers have captured a magnificent image of this fleeting moment.

Le Commandant Charcot is the first high polar exploration ship, a hybrid-electric powered by liquified natural gas (LNG). It is a major innovation that signals the company’s deep commitment to sustainable tourism and to minimising the environmental impact. A ship of scientific opportunity, she is also the only cruise ship in the world to host researchers on board and provide them with dedicated work areas. With Le Commandant Charcot, PONANT is helping the scientific world collect data and gain new insights into the world because “we protect better what we know”.